GOOGLE WILL NOW SHOW BUSIEST HOURS OF YOUR NEARBY POPULAR PLACE

If you happen to visit your nearby happening place or store for some shopping or just hanging out with your friends or relatives on a non-weekender but still found yourself waiting in queue for long hours then perhaps you haven’t used the latest search feature by Google. Google has recently introduced a new search feature, which will show when the local stores are at their busiest at any time during the entire week. According to a Google FAQ received by Mike Blumenthal, the search giant gets its data on a store’s foot traffic data from users who have opted-in to location sharing. Don’t worry Google isn’t randomly following you or tracking anything that the user haven’t opted into to begin with. The information provided is completely anonymous and the stats are based on the data provided by the users, who have opted in for the location sharing of the apps on their android phones. Because of this, only Android Mobile Phones will be enable with this latest feature. Here is how it looks: 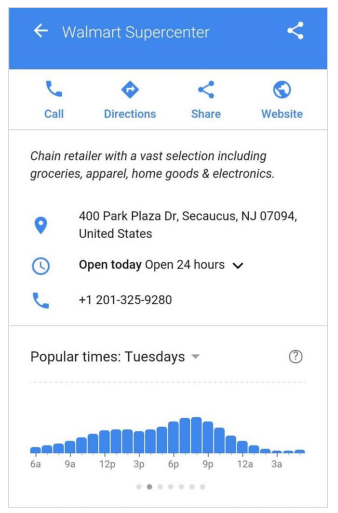