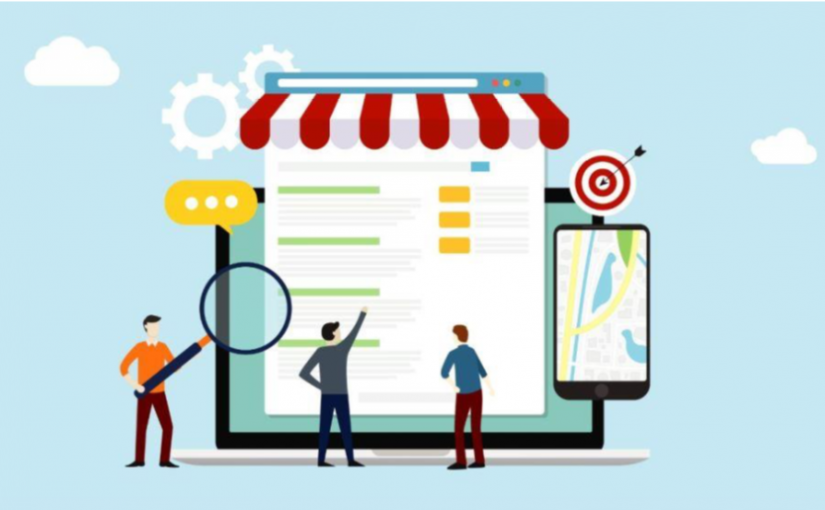 Do local citations matter anymore? Mike Blumenthal and other SEO experts share their opinions about how much attention we should be really giving to structured citations.

For any local business, managing their local citations i.e. submitting to top local search engines and directories is still one of the things that make it to the top of the local SEO checklist. With a key focus on quick (automated) submissions and consistency, many local businesses turned to Yext as their go-to service and helped it propel to a $170 million business in 2018!

Local citations were historically seen as one of the top ranking factors but things are not the same now. SEO experts such as Mike Blumenthal (GatherUp) now dismiss citations as almost of no use.

Here’s what Mike Blumenthal has to say.

“If a business has their data correct on their website and can get their data straightened away at Google, Facebook and maybe Yelp, there is no need for a citation campaign and certainly no need for a recurring cost to do so.

Google cares about local sites and web-references that users engage with and occur on pages on some amount of prominence. So it isn’t just a matter of having a citation at Yelp or HealthGrades or Trip Advisor, but of having a listing that ranks well at those sites and can pass some authority to your local entity. The strongest industry vertical sites, in some industries, do send some traffic so a citation and content build-out is relevant there.

But the idea of getting listed at 80 sites and paying for it annually is an idea whose time has passed. And the traditional idea of an unstructured citation, (i.e., being cited at an authoritative journal or news source even without a link) has merit. But that is more along the lines of PR than a citation campaign and it can have significant influence over the rank of a business.”

Similar to Mike Blumenthal, this is what Joy Hawkins from Sterling Sky has to say.

“I often find that people are surprised to hear that my agency doesn’t focus much on citation building or “maintaining” as a strategy. We’ve found that time is better spent on other high-impact tactics.

We only bother with citation work if the client has recently moved locations. Even then, we notice that it doesn’t make a huge difference.

We don’t ignore it completely; it’s just labeled here as a low-impact tactic so it’s not what we tackle first.”

What’s our take on this?

The consensus now appears to be that citations are declining in importance. It’s quite true that our industry’s perception of the role of citations has changed a lot. However, we continue to believe local citations still have an important role to play and are not yet ready to throw them out of our toolkit.

Every location-based business needs to own as much of its branded and core keyword SERPs as possible. Taking maximum control of citations is one of the most obvious and sensible ways to achieve a high degree of ownership. Because all forms of citations could be points of entry for consumers, businesses need to manage them for accuracy and consistency.

However, we feel that the idea of getting your business listed on multiple sites and paying for it annually makes no sense at all. Instead, we focus more on manual submissions which are much quicker to show up as compared to automated submissions, you can select which directories to submit to and you have full ownership and control over these sites.

SEO Solutions is a Chicago based search engine optimization company. We deliver results by curating great content that people want to connect with, link to and share. We believe that every customer deserves a unique internet marketing solution that fits their needs and solves their problems. As SEO, PPC & SMO specialists, creating fresh and easy to navigate websites that deliver more consistent lead generation is also one of our main areas of focus. All of our content is high-quality, fresh, and unique. We work hard to earn links and we never link farm or build inappropriate links. Our client retention rate is over 80% and we have over 2,500 competitive keywords on the first page of Google for our existing clients. With over 300 providers of SEO services in Chicago, we know achieving this annual award was no easy feat. Specifically, we’ve been named one of the top B2B companies in Illinois.

To see the full list of award winners in Illinois, please visit the announcement published on Clutch’s website. All companies are organized according to state, one of 5 categories, and Clutch rank.

As a B2B services ratings and reviews agency, Clutch uses typical reviews process with a personal touch. Their analysts often speak with a company’s clients directly, gathering feedback that is insightful and offers a true window into a partnership with that firm. Clutch uses this research to organize the thousands of companies on the site into a directory with multiple shortlists, guiding buyers in their decision-making process. Following this process, SEO Solutions received a perfect rating of 5/5 on Clutch’s platform.

We worked with The Institute of Real Estate Education and their President, Daniel Naylor, told Clutch “The results speak for themselves.” And they do, their company ranks # 1 in search results and 200 of their keywords rank on the first page of major search engines.

Due to our growing presence on Clutch, we have also been featured among other leading advertising agencies in Chicago on The Manifest and advertising companies on Visual Objects. Both are sister sites of Clutch, providing different information and opportunities for companies to efficiently select a partner that meets their budget and project goals. The Manifest gathers and verifies hard data, expert insights and actionable advice to help firms grow and Visual Objects helps creative and design agencies showcase their portfolios.

We are grateful and deeply honored by this recognition and are excited to accumulate more reviews as time goes on, showing the world that this Illinois-based SEO company is in it to win it. Please do not hesitate to contact us if you have any questions or want to get an estimate about your next project. We are here to serve you!